Websites in a Flash Back Story

Websites in a Flash History

Welcome to the page with all of the Websites in a Flash History! This page will enlighten you on a little personal background of our company and how it was created by two brothers before the turn of the century.

Websites in a Flash was founded of Geoffrey Sanders in early 2000. Geoffrey had spent the majority of 1999 apprenticing at an internet company (I Must Lotto). (That year they hit the 37th most popular website on the net!) During that year, Geoffrey learned many different programs, but he kept going back to a program called Flash 4, by Macromedia. He loved to spend hours and hours creating Flash Animations on this program, playing with all of the different aspects and details.

One co-worker, when he first showed Geoffrey the Flash program, said that it would probably take him anywhere from two weeks to a month to learn the program. Two days later, Geoffrey came back looking for more! Soon after, Geoffrey acquired his own copy of the program and started making hundreds of animations. (Some of them can be viewed at www.animationhappy.com.)

When Geoffrey realized that he could do what he loved to do for a living, he created Websites in a Flash.com and began the journey into websites and the Internet.

Our first step to creating a website for a flash animation business was to create a Flash animation for the homepage. He and his older brother, Ashton Sanders, spent hundreds of hours creating an entertaining flash movie that would represent both the childish fun of creating websites and the professionalism of getting them done quickly! The animation was very close to done within a couple months, but was never completely finished. The brothers would sit down and work on it for an afternoon every now and then, but there was always more to do. After years of tweaking and perfecting the animation, it was finally completed in October of 2005 and added to their custom website design! This animation can still be seen on the old Websites in a Flash home page.

Websites in a Flash Today

Today, Websites in a Flash has become a full service Website Development and Design company. Although we don’t make as many flash animations any more, we have become experts at creating quality websites in a short period of time. Feel free to drop us a line if you have any questions.

The Development of the Websites in a Flash Logo

Our own logo went through a development process almost as intense as the website design and flash animation. Well, it didn’t really get intense until the recent re-branding of the company in April 2009.

When Geoffrey decided to name his website design and flash animation business “Websites in a Flash,” he knew he had to come up with a logo that represented both the professionalism and the playfulness with which he worked. So he created this text layout, and this really stuck. We had this same layout for almost 9 years:

After we created the layout, we started adding colors:

Then tried some shading:

How about a background? How about enveloping the “Flash” with a flash?

Na, too eighties. Lets scratch the background and try a background only behind flash? We liked this one, and kept it for a couple years:

After keeping the above logo for two years, we replaced the blue background behind the flash to a yellow explosion/flash. This was our logo until April of 2009.

Starting in 2009, along with our website rebranding, Ashton Sanders changed the logo for Websites in a Flash. Ashton’s biggest reason for keeping the logo was because of the Sweet Flash Animation that really communicated what he liked best about working on the Internet.

Here’s the logo we’ve been using now for over a decade!

Archived by popular demand, here is Websites in a Flash's old home page!

Read what our clients and fans have to say about us. 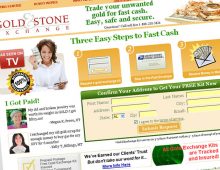 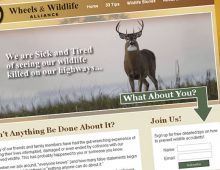 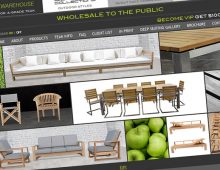 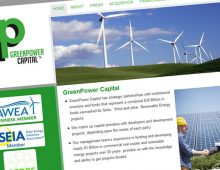